BLACK FRIDAY IS HERE! CHECK OUT THE DEALS NOW!

Come get your dose of all things that will help you eat well, move well, think well, and BE well!

Click to get my blog posts in your email!

How to get out of a low energy funk, FAST!

Have you ever been super low on energy? (trick question, because I already know that the answer is YES! OF COURSE!) So, I want to share with you just one way you can get out of a low energy funk, super fast!

For the past 3-4 days, I'd been super low on energy. I didn't have the drive to get anything that wasn't essential done.  I had no desire to exercise either.   So, for a few days, I honored that desire for rest, and let my body have it.

But, when the low energy continued beyond 2-3 days, I knew something wasn't right. Was my body just totally fatigued? Was it sluggish from eating out while on vacation the previous week? Was the low energy psychological?   I knew my body needed exercise, because I usually start going crazy if I don't get exercise (aka: movement) in after a couple days. But I just had no desire to exercise.

So, I reached back in my TBP wellness resource arsenal (in the Trainer In Your Back Pocket membership, there is...

How I Healed Achilles Tendinitis 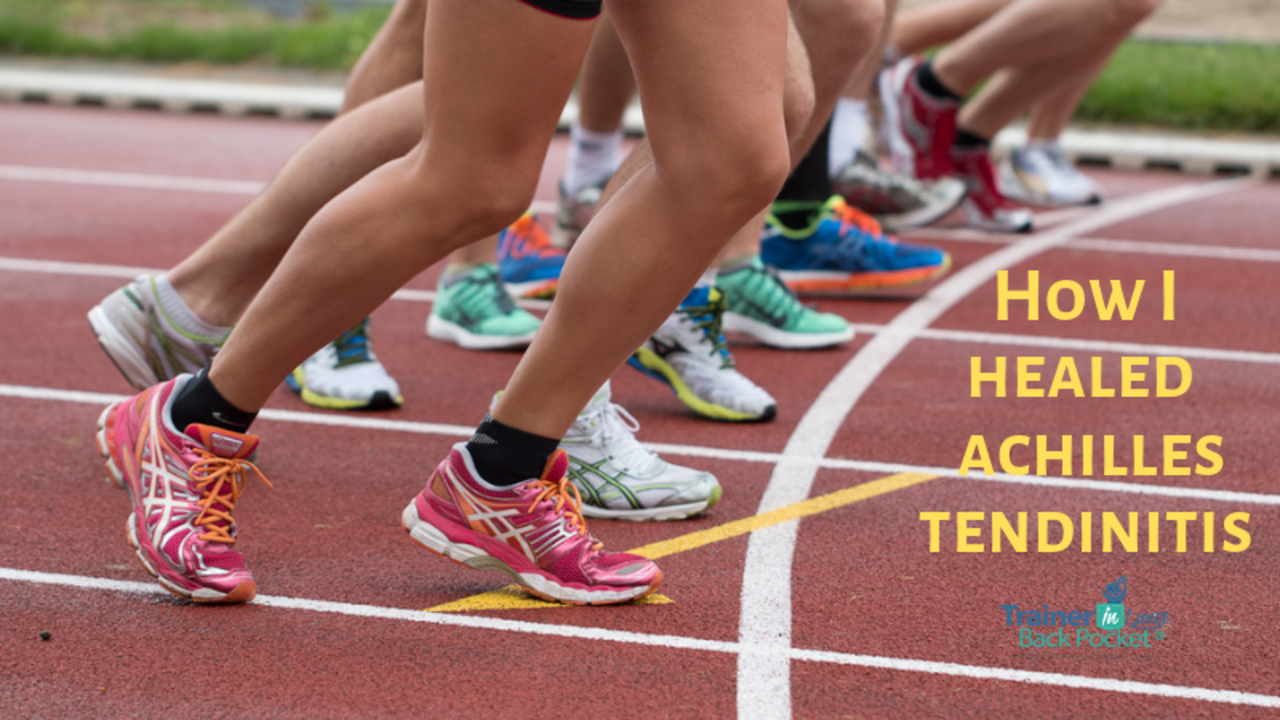 Have you ever had a nagging injury that just wouldn't go away? Well, they say "nothing changes if nothing changes," and "they" are right.  Back when I first began running as a casual form of exercise during college, I thought running was just a natural thing.  I didn't know that there was actually a right way and a "not so right" way for the human body to run.  And in order to discover the answer to my nagging injury, I had to make a change in my running form.

The body is built as a machine with parts that stack and depend on other parts. When one part doesn't work right, then the surrounding parts have to pick up the slack. Eventually they get tired of picking up the slack (as I am sure you would get tired of always picking up the slack for one of your co-workers, right?!)   So they stop helping. When that happens, injuries happen and things just stop flowing right.

Let me share with you my story of how achilles tendinitis bothered...

Why Showering Was Painful for 8 Months After Baby... And Why I Let It Happen. 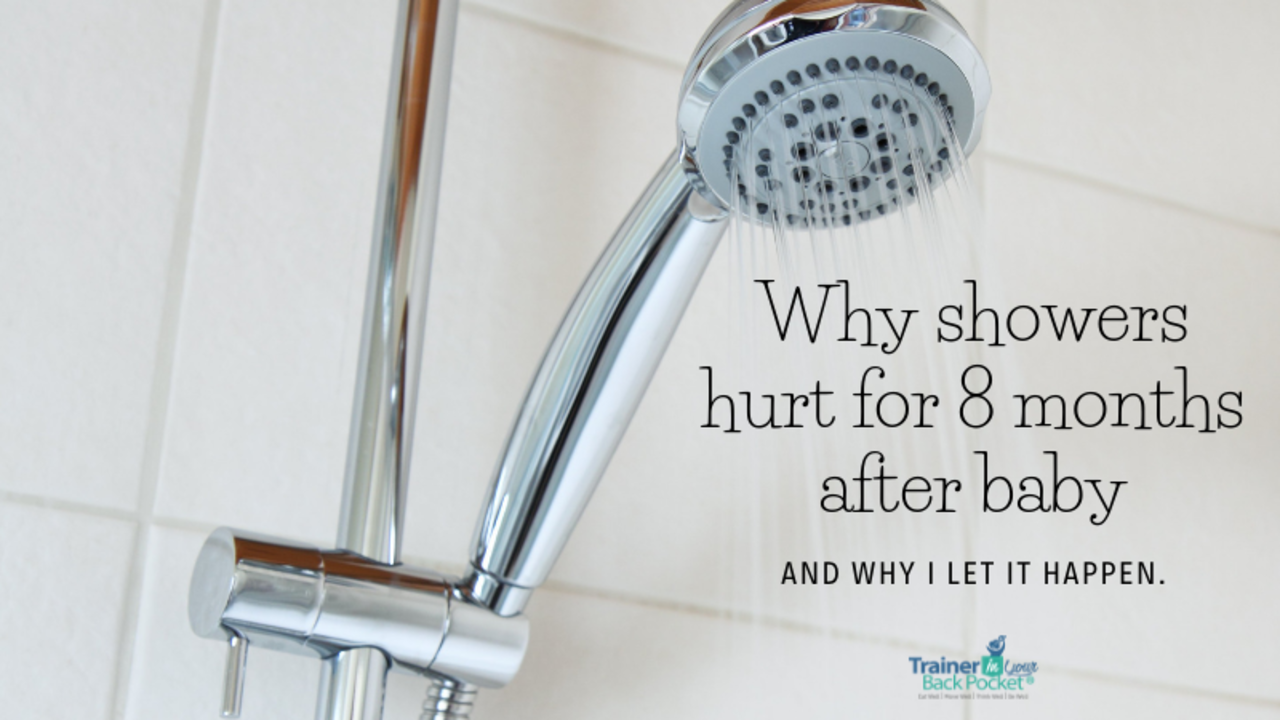 I'm going to get a little personal today in my story of why showering was painful for 8 months after having a baby.  But what's more important than telling you about the pain I experienced, is the WHY I let it happen . Most people would call me crazy. In fact, I think I called myself crazy (or in fact was crazy) during this time.  But in this week's Tuesday at 2 TBP Talk on Facebook Live, I share with you my story of why my WHY was greater than my WANT.

For any change you're trying to make in your life, be it exercise habits, nutrition goals, morning routines, whatever it may be, you have to realize that just wanting the change isn't enough.  Wants get tested all the time. They get tested until you quit.  You quit when your why is no longer stronger than your want.  So, take a moment this week to really truly sit down and think about WHY it is you want to make a change in your life.

Take a listen in, and let me share my personal story of 8... 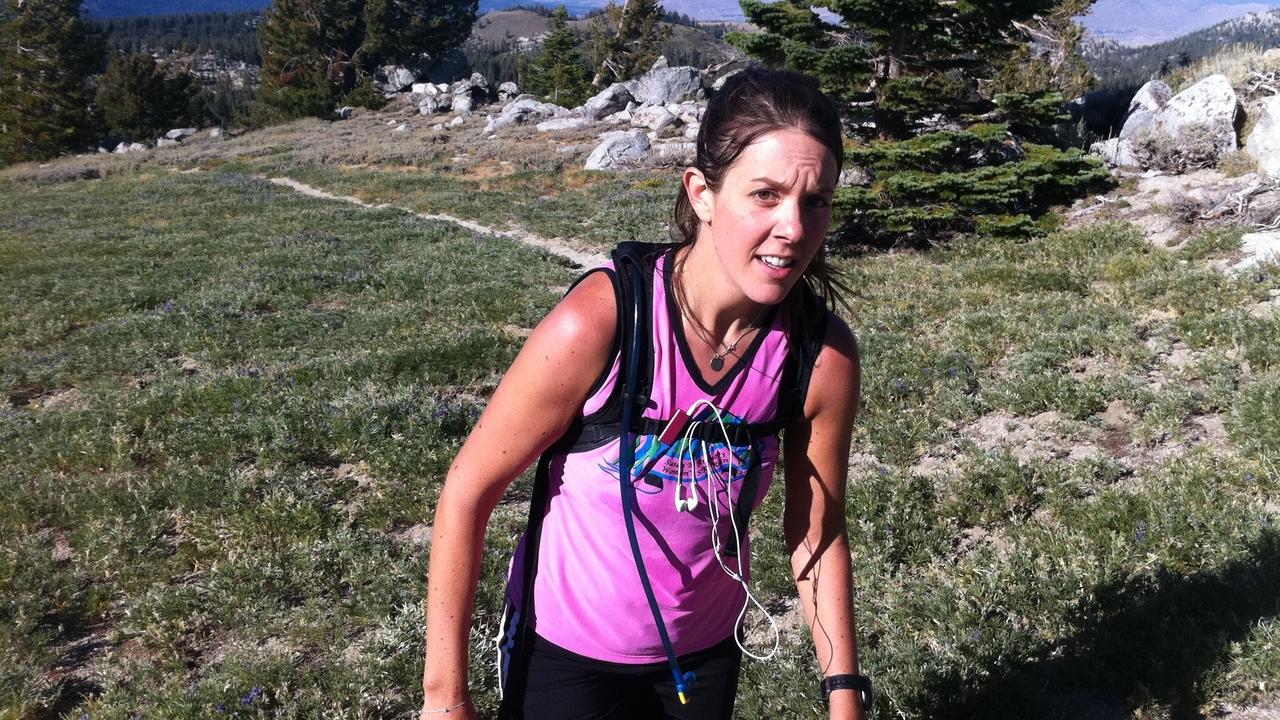 When it comes to posture, we can all agree that it seems to be getting worse and worse, going right along with our sedentary lifestyle of sitting too much, looking down at phones, and lack of proper musculature on our backside.

So, I wanted to share this small tip with you that you can implement RIGHT NOW, as you sit there reading this.

Honor The Season You Are In

It's the end of one season and the beginning of another for me. Today's paddle (and video above) marks a huge shift for me. It had been 2 years since I was able to do something I loved (paddleboard).

Some seasons suck. But remember, winter doesn’t last forever. Neither does spring, summer, fall, or any other season you can think of.

So, no matter what season you find yourself in (season of injury, season of love, season of grief, season of pregnancy, season of fill in the blank), you have to honor the season that you are in, no matter how shitty or wonderful it may be.

Lots of love to you and your season! 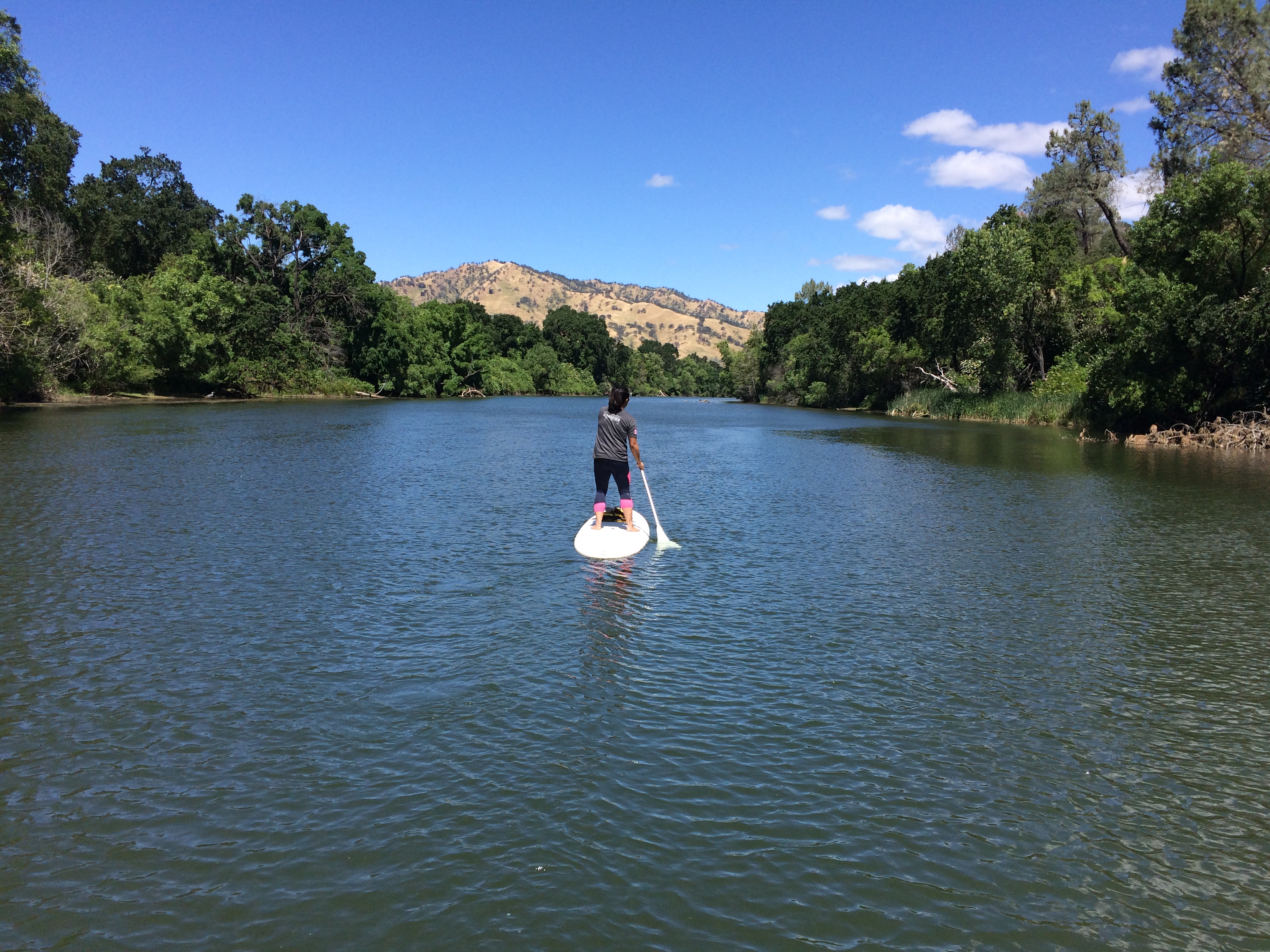 You've Got To Be Your Own Health Advocate! 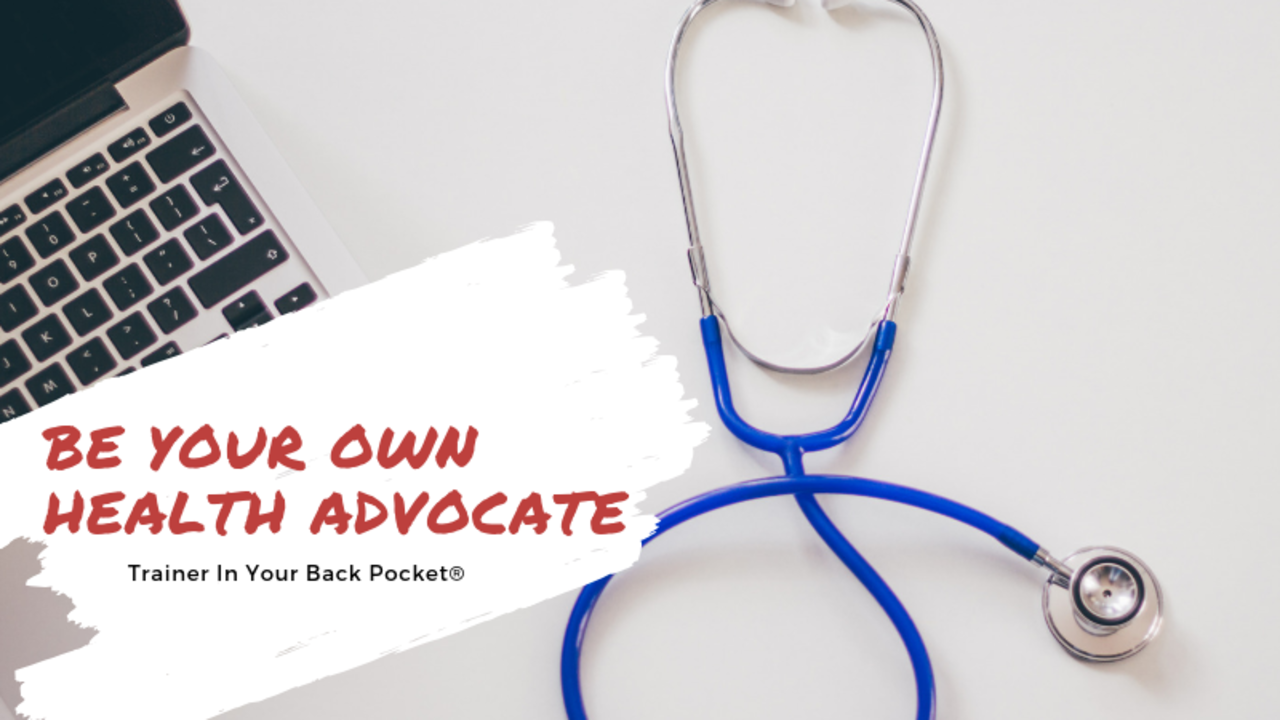 Ok, I'm keeping it real in today's Tuesday at 2 TBP Talk, simply because it's a topic that makes my blood boil!  Me and the conventional western medical "system" don't really get along, but THIS irks the heck out of me.  Listen in to this week's talk as I tell you about one of my clients who went for TWO YEARS before her doctor agreed to get her an MRI for a knee issue, which ended up being a torn meniscus.

I also talk about how my daughters' pediatrician(s) never once mentioned to us that she has food intolerances!  It took ME digging deep and continuing to get referrals to finally figure things out for myself.

The main lesson in all of this: NO ONE CARES ABOUT YOUR HEALTH AS MUCH AS YOU EVER WILL.  YOU HAVE TO BE THE "PUSHY B**CH" AND LISTEN TO YOUR INTUITION UNTIL "THEY" FINALLY LISTEN TO YOU!

Are you a lifelong learner? 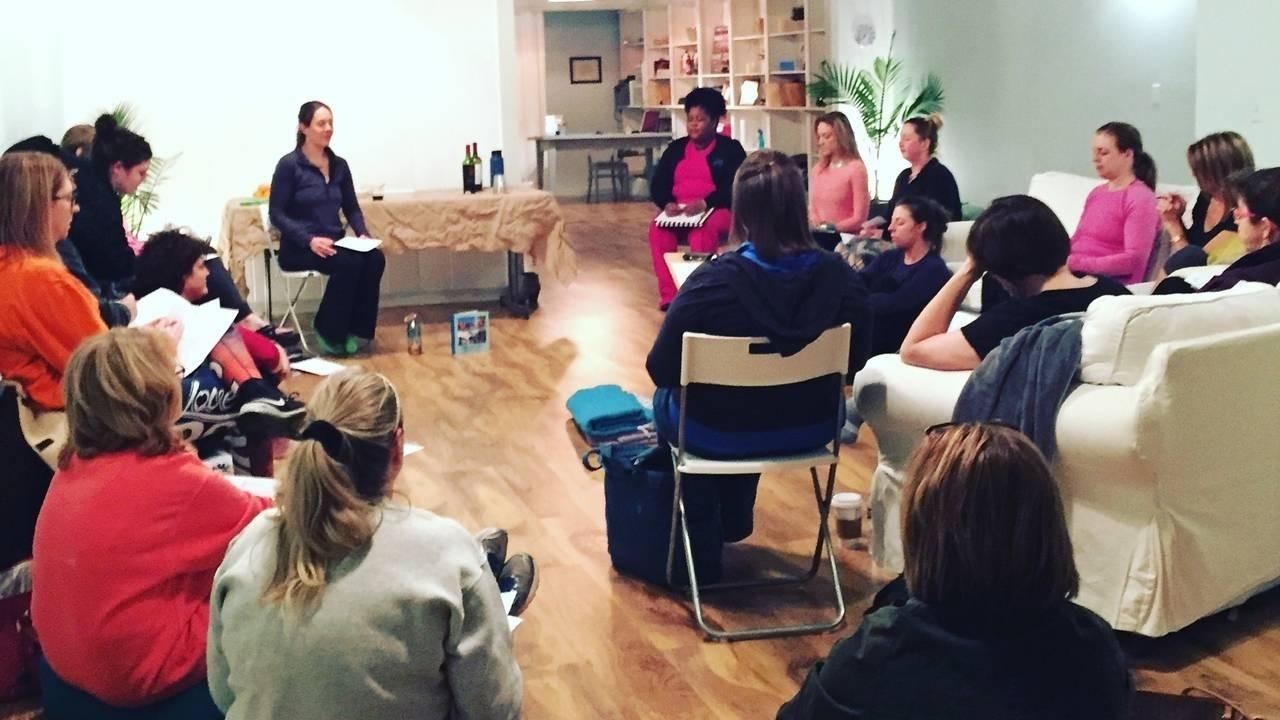 In the middle of my daughter's swim lesson, I began to think about how often I want to put her in classes so she can learn.  Kids learn things at such a fast speed, mostly because their brains are growing exponentially fast. (Way faster than adult brains).  Learning shouldn't stop when we become adults.  In fact, we should dive in even deeper when we become adults.

Now, here's the sad truth about myself.  I haven't taken a class FOR MYSELF in a loooooong time! Even though I know the importance of learning new things, I haven't been heeding my own advice.

So my lesson in this week's Tuesday @ 2 Talk, was to start learning again by taking a class!  Don't know where to start? Think about what you love to do, or something you wish you could do better.  Before having my daughter, I took a kickboxing class.  I loved it. But it's been... 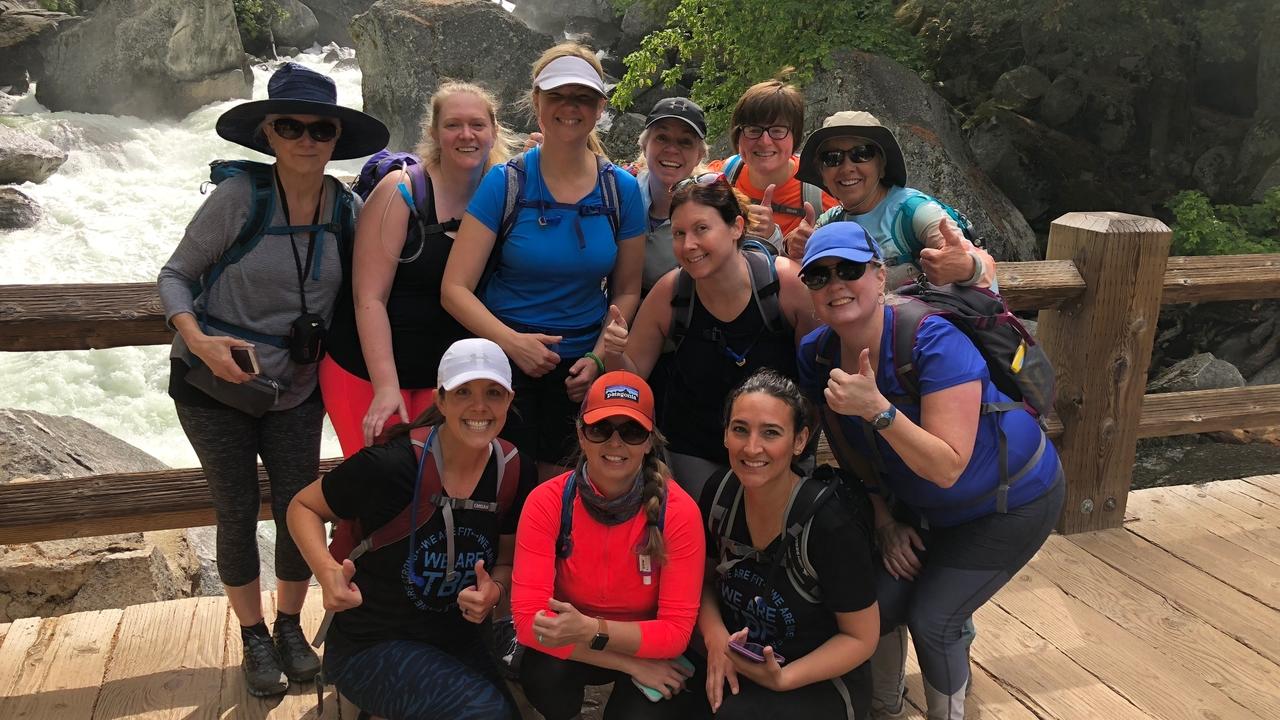 Lesson 1: No matter how much planning I do, things WILL change, and I have to be ok with that.  Always have a plan A, B, C, and D!  "Detours" are inevitable.  Just plan to expect the unexpected.

Lesson 2: New experiences are always a good idea!  Some of my favorite memories from past well-weekends have been new adventures! Like our treetop adventure in Lake Tahoe, or rafting in Yosemite.

Lesson 3: Trailhead parking can suck. Always plan ahead and arrive early, especially when you have 2-4 cars that need to find space.  It doesn't hurt to pray to the "parking gods" either!

Lesson 4: Always set an intention to attract the right people to the retreats.  Sometimes it's not about what you do on the retreat, but WHO you do it with.  We have always had amazing groups of women on each and every retreat!  I sure am lucky to attract a strong, powerful, amazing tribe of women! 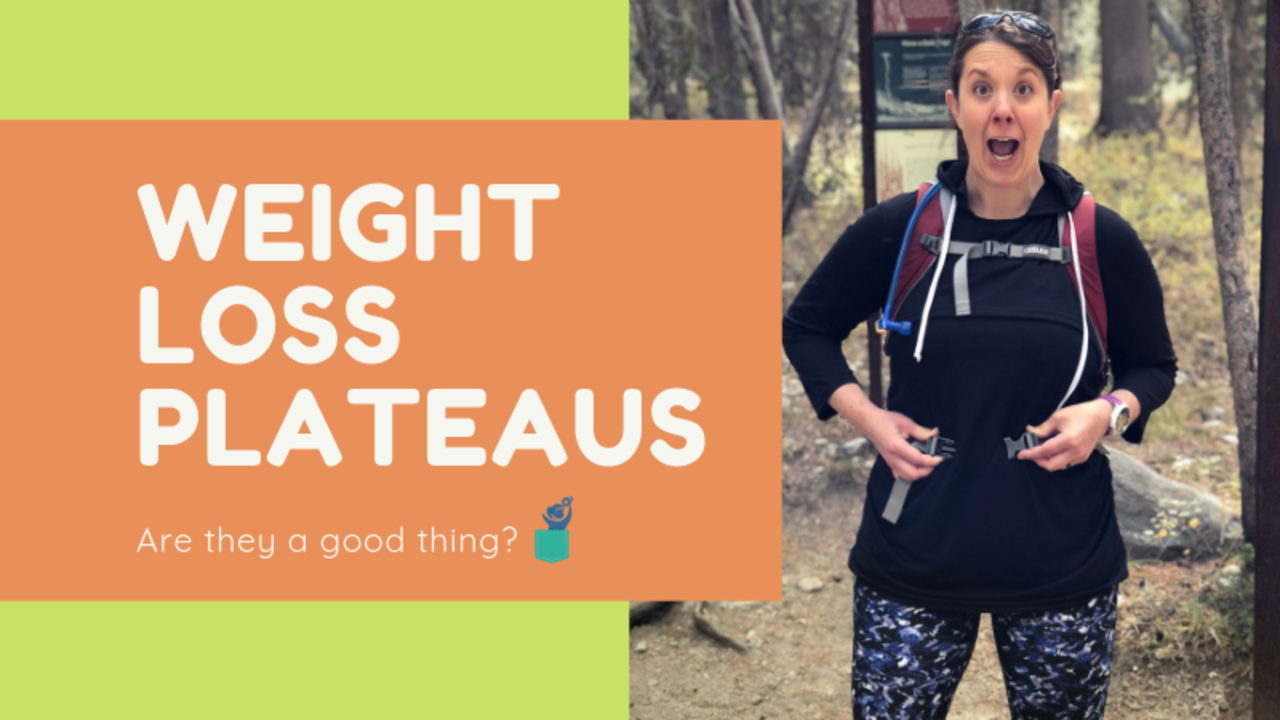 Every body has a set point weight. The set point is your "happy weight," or the weight that your body fluctuates around give or take 4-5lbs.  Now, when you're trying to lose weight, you need to train your body to reset your set point to a new, lower one, and sometimes that happens during a plateau.

Let's say you're 200lbs, trying to reach 150.  You get to 175, and all of a sudden, the weight loss stops.  What are you doing wrong? Nothing!  Some folks want to know every tip and trick to bypass a plateau like this and continue pressing on toward the end goal, but I caution you to not blow right past it, and... 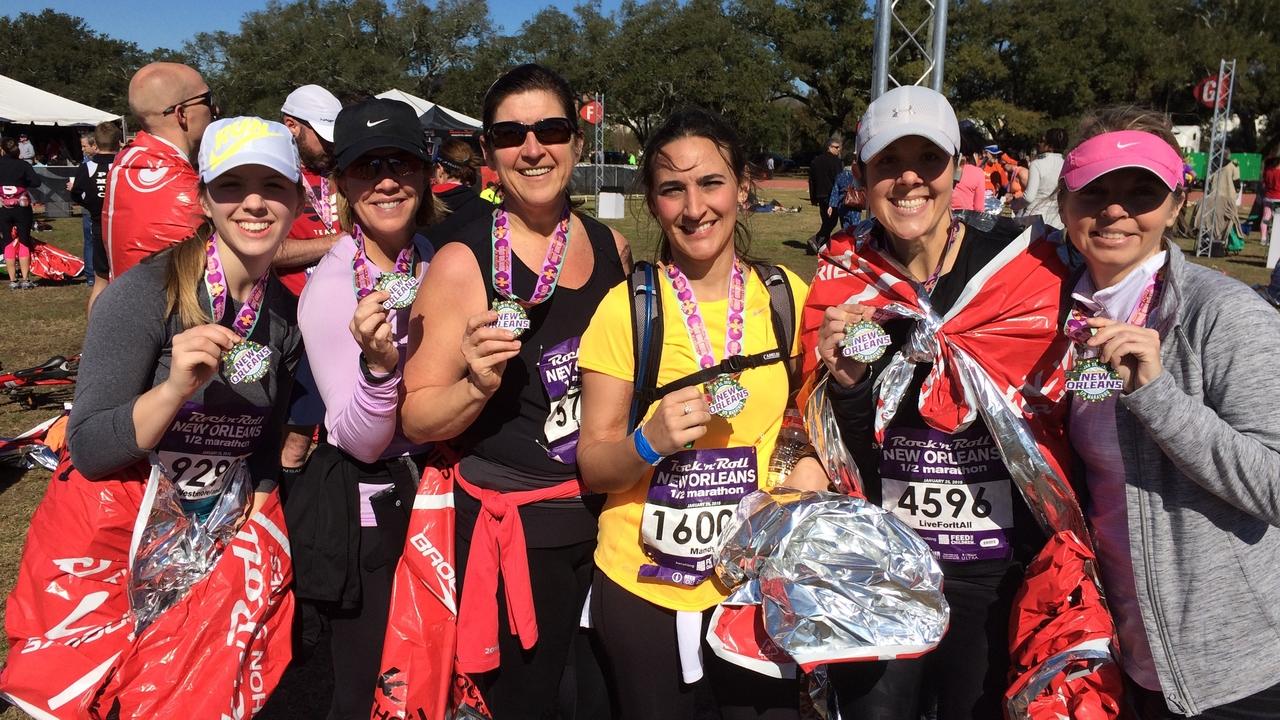 "I ONLY ran a half marathon."

I hear this all the time from newbie runners as well as marathon vets.   I mean, why bother running at all if it's "only" a half?  It's as if the value of 13.1 is "less than."

In fact, I'm guilty of this myself. Having run 13 full marathons, I've said, oh it's no big deal, I'm "only" running a half.   Or walking around at race expos, hearing first time runners saying, I'm "only" running the half, as if they are less than or embarrassed, or scared of being judged for running 13.1 instead of 26.2 miles.

I call BS on not only myself for saying this, but on everyone else who says it, and anyone who judges another person.  13.1 is not easy, I don't care how conditioned you are.  It's still a long ass time to be running.

Never say "I only" did or received ANYTHING!  Whether it's a race, a workout, a project, a class, an income, number of pounds lost, or anything at all, when you say "I...

Trainer In Your Back Pocket® CEO 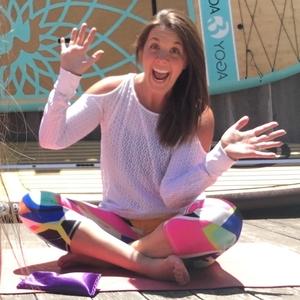 Abby Malmstrom, M.S. is an exercise physiologist and applied clinical nutritionist, with both her masters and bachelors degrees in Exercise Science, with an emphasis on nutritional healing. She's spent the last 18 years studying and building her fitness platform, Trainer In Your Back Pocket® in an effort to help clients all over the globe to achieve the fitness, wellness, and health that they deserve.

Stay connected with Trainer In Your Back Pocket® news and updates!

It's time to regain your health! I can't wait to see you inside the Trainer In Your Back Pocket®!

Join today and use code SAVE10 at checkout for $10 off your first monthly or 6 month TBP membership!

See what it's all about!
Close 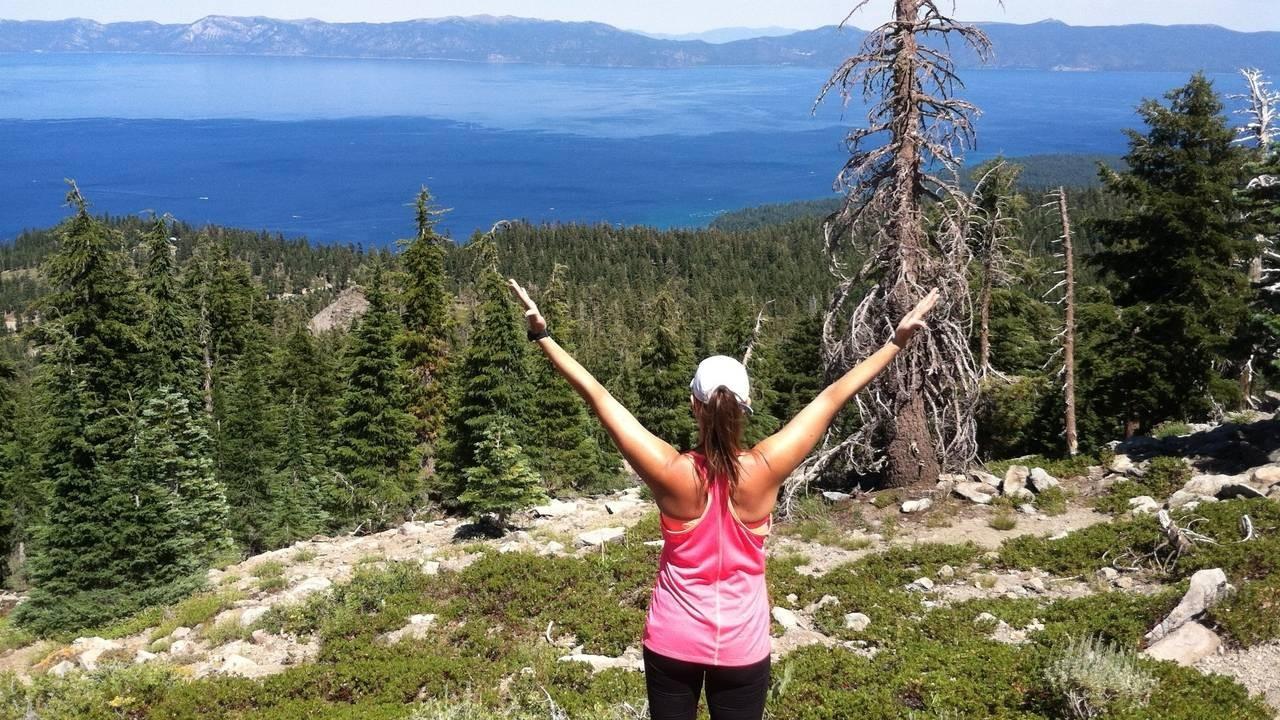 On occasion, I send out some pretty nifty information.  From workout videos to nutrition lessons, to all things health, wellness, and mindset. Get on the list so you don't miss a beat!